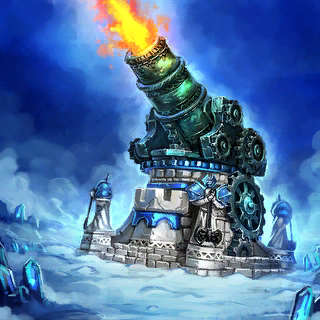 Building of the Frost faction. This rare card was released with the Twilight Edition and has no affinity variants, nor a promo version.