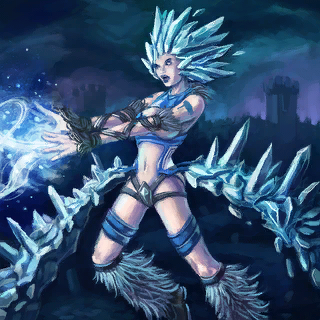 Unit of the Frost faction. This uncommon card was released with the Twilight Edition and has no affinity variants, nor a promo version.

Autocast: Casts a frosty beam that freezes enemy unit after 3 / 3 / 3 / 2 seconds. After freeze wears off, target is immune vs Freeze for 10 seconds.
Gift of Winter
Power Cost: 65 Energy