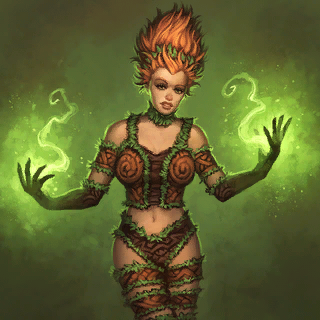 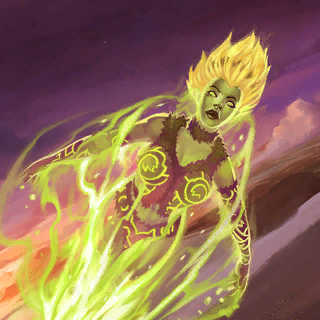 Unit of no faction. This rare card was released with the Renegade Edition and has no affinity variants, but a promo version.

The daughter of Brannoc.
Power Flux

Autocast: Every 3 seconds, unit fires an elemental power sphere that deals 90 damage to enemies in a 5m radius around its target, up to 135 in total. Knocks back small units.
Call Treespirit
Power Cost: 100 Energy

Passive: Within a 20m radius around Viridya friendly units will regenerate 3% of their maximum life points every 2 seconds.
The daughter of Brannoc.
Power Flux

Autocast: Every 3 seconds, unit fires an elemental power sphere that deals 90 damage to enemies in a 5m radius around its target, up to 135 in total. Knocks back small units.
Call Treespirit
Power Cost: 100 Energy

Active: Activate to call for the assistance of Viridya's servant Treespirit. She will summon 2 Treespirit units that are endowed with the natural power to slowly regenerate their life points and have the same upgrade level as the unit itself. Only two Treespirits may be summoned at once. Reusable every 20 seconds.
Viridya's Blessing

Passive: Within a 20m radius around Viridya friendly units will regenerate 3% of their maximum life points every 2 seconds.

Viridya is the daughter of Brannoc the Smith and Meanen Leafsinger. She was born in their house in the Lyrish Reaches. From her mother, Viridya inherited a strong tie to nature and even as a child she always stayed clear of her father's smoking forge. When Brannoc denied his Giant masters and they destroyed their home and killed Meanen, Viridya fled into the woods and sought comfort in solitude. The spirits of the woods offered her solace and she accepted it gladly.

Returning home, she found her father manically busy in his forge, working on tools and weapons for his revenge. She could find no kind words for him and with each log he slammed into the fire, she felt more anger rise in her.

Day after day she returned to the woods to find comfort in the whispering of the leaves and the soothing words of the spirits. And when her father finally fled to Ym, she stayed in the forest and began to learn it's magic. By the time Brannoc finally returned to fight the giants, she had become a master of the power of Nature.

She despised her father's weapons and machines and his explosive powder that she felt was going to change everything for the worst. When Moon appeared, Viridya rejected her too; she could not bear another woman in her mother's place. Brannoc tried to win back his daughter's love and also her new found powers for his cause but failed.

Viridya fought her own war against the giants. Only much later, when the war was fully raging, did father and daughter unite at last to gain victory. But as soon as the giants fled, Viridya turned on her father and tried to destroy his guns and steam machines, for she saw in them an evil as great as the giants. But it was too late; for Brannoc's inventions had already found their way into the future of the mortals.

After the gods had raised Viridya to become a Skylord, she watched the world constantly, in the hope that one day she might unmake the destruction that the giants and Brannoc's weapons had brought.

After the fall of the Twilight and the Giant's creation of a new sun, Viridya was faced with a choice. The Humans were emerging from the Under-realm but what they found was despair. Hearing their pleas for help, Viridya chose to defy here father's command against interference and lent her power to help the mortals.

In her efforts to save the mortals, Viridya attempted a merger with the ancient Soultree. She did indeed gain the power to save the mortals, but in the end it overwhelmed her and she lost control. Forced to act, Moon banished Viridya from the Forge. The act of banishing however had unforeseen consequences and left Viridya with the power of the Soultree and a burning hatred born of the tree's tormented past.

In a clash of Titans, Viridya did battle with the banished Brannoc. When Jorne appears, led to the battle by Rogan Kayle, she loses herself to the Soultree's hatred of the Giants and is struck down by her father. 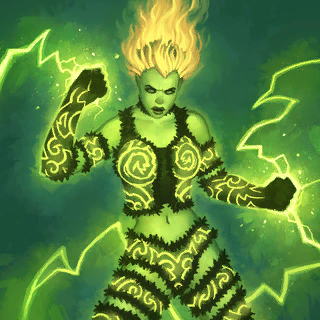 Ravaged by the Soultree's burning hatred for Jorne, her spirit refuses to succumb. In her madness, her power grows beyond all control and fractures across the land. Her ascension to near godlike power, throws the Skylords into a panic as her Nature spawns rage out of control and wreak mass havoc. Forced to act to protect the injured Jorne, the Skylords fight against her madness. Once freed from the madness, Viridya sees the damage done to land by both her and the Twilight Curse. In her final effort as her spirit fades, she uses all of her power to create a new and mysterious continent free of the Twilight Curse. 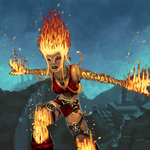 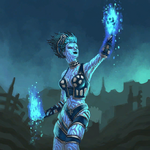 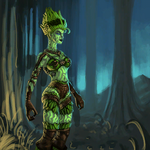 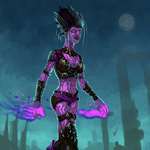