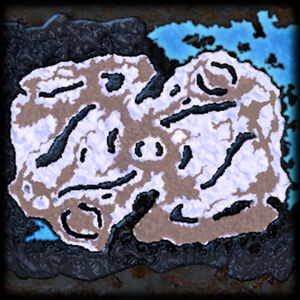 Available
Uro is a 1v1 PvP map that is unlocked by default. There is an official spectator version available.

Uro is a map with a central single monument position for players to contest, though most of the power wells and monuments will be around the edges of the map. Cliffs can be used for long-range purposes.

Because most power wells and monuments are on the edges, giving up the central position and its single monument means you will have a large distance to travel to attack your opponent. However, the central position is extremely exposed and vulnerable from all sides, and may not always be the right choice to take. 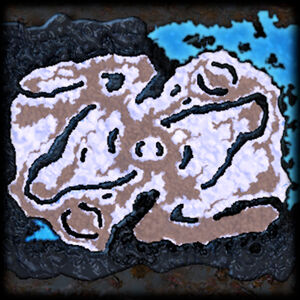