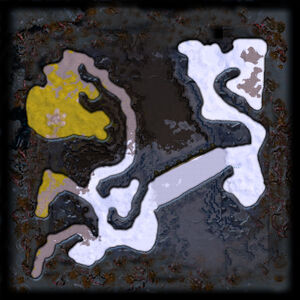 Viridya seeks to protect the Soultree, a powerful Nature artifact, from the clutches of the Twilight. You have to work with the human defenders and hold off the Twilight.

Expert
The Soultree is a 1-player PvE scenario that can be played on Standard, Advanced and Expert difficulty. It is part of the campaign story The Curse.

Viridya’s quest for the cure to the Twilight has reached its final stage as Skylords and Twilight clash in the fight over an ancient and dangerous artifact.


Legend says the trees were created by the Earth as protectors against the forces of the winds and mists.

When they broke free of their master, the Earth sent giants to destroy them. Jorne, their king, was said to have taken great pleasure in carrying out his duty. A force of living destruction, he tore trees from the earth and ground their trunks to dust. The seeds of these first trees would eventually spawn new life, but none had the power and soul of their ancestors.

What the mortals of Lyr called The Soultree was the last known survivor, a fragment of soul that combined both the power and wrath of the first trees. It lived on, bloated with hate for the giants and their minions.

If the power of this immense force of nature could be freed, it might be powerful enough to clean the world of the curse and banish the Twilight forever. At least this was Viridya’s fervent hope. But the giants also would surely send their Stonekin servants to deny mortals access to this powerful ancient enemy of theirs.


The banishing spell left Moon exhausted. Her image dropped to the ground as if suddenly subject to the law of gravity. Though Viridya had fallen too, she had changed. No longer just an image of a Skylord in the Forge, the former apparition was mortal once again .

But in that beaten and unconscious new body, Moon could sense the terrible might of the Soultree. How easy it would be to bring an end to this new menace now, to slay the Skylord made flesh. But even as her mind reached out for reassurance from the other Skylords, Moon knew she could not carry out such an act. For all the anger Viridya had hurled at Moon, her heart had always been true and fair.

She had suffered when Nature suffered, felt every tip of the balance, every sin against the circle of life like the blow of an axe. All Viridya wanted was to save her world.

But as the mortal Viridya lifted her gaze, Moon saw in it not only the deep hate of an ancient soul but also hurt and anger. Before she could utter a word Viridya vanished, leaving only a swirl of mist in her place. Moon knew this was not over.