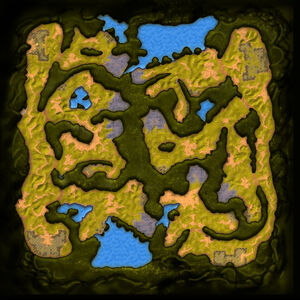 To unlock the wisdom held in these magic crystals, you have to follow the right order in which they need to be destroyed. The enemies will be getting stronger every minute, you can unleash powerful fire rituals to destroy them, but at a price.

Expert
The Dwarven Riddle is a 4-player PvE scenario that can be played on Advanced and Expert difficulty. It is part of the campaign story The Treasure and the King.

Unlock ancient secrets by destroying the right crystals before the enemies overwhelm you.


Every child knew about the riddle of Gnaur. In the whispering halls of the Ymian library, Moon had read all about the rebellious dwarf who had woven his wisdom into crystals. Ultimately, Jorne had turned him to stone along with his brethren.

She found it hard to believe that a Lyrish king had unravelled the arcane secret of Gnaur and used it to build a fabled magical defense around his city. The Lyrish had always been straightforward in martial matters.


Rogan stood before the crowd, the silence feeling louder by the second. The eerie voice of a woman still whispered in his mind.

Rogan opened and closed his mouth, looking like a fish out of water. Elaborate lies and wild explanations surged through his mind, but this was not the Midwinter crew that needed another cheer-up, this was what was left of his people. They needed him. What would false hopes truly yield them?

Slowly fumbling through awkward sentences Rogan did the only thing he could,. he told the truth. To his great surprise, midway through the confession, someone cheered. Almost instantly the rest of the crowd joined in. Rogan later realized he could probably have told them about the contents of his lunch and they would have cheered, glory-starved as they were. But there he was, the now honest king-to-be, adored in all his ragged glory.

Moon withdrew from Lyr, her gaze returning to the Forge. She could have told him that Gnaur’s wisdom did indeed contain very powerful secrets. Secrets that could one day give the mortals the ability to forge Primal Ore. But this would take years and a smith as skilled as Brannoc to achieve. First things first. 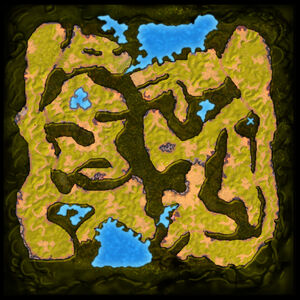