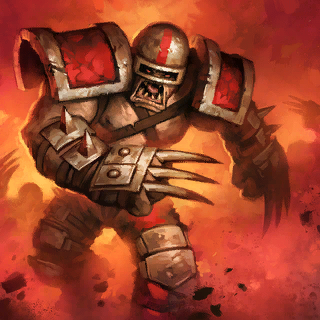 Unit of the Fire faction. This uncommon card was released with the Twilight Edition and has no affinity variants, nor a promo version.

Passive: As long as the unit attacks a building, a certain amount of the target's original power costs depending on its current life points are gained as power.
Swift