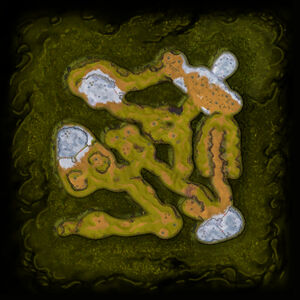 The Skylord Viridya has called for your help to free the city of Hope from a siege by creatures that seem to be affected by a strange new disease.

Expert
Siege of Hope is a 1-player PvE scenario that can be played on Standard, Advanced and Expert difficulty. It is part of the campaign story The Curse.

Break the siege around the first new human city.


From the majestic structure of the Forge, Viridya gazed down at Hope. The humans had built the city after the giants had been driven underground, it was meant to represent a new beginning. While it did not boast the splendour of their old capital, Lyr, it was a strong place. Viridya felt a memory flutter briefly in her mind’s eye, it belonged to a Viridya who had been human, who had fought beside the gods. She, with many others, had thrust aside all mortal fears to earn victory against the giants. Their reward was the stuff of legend. Had it been a great honor to become an immortal, servant and soldier to the gods, destined to exist forevermore in the Forge of Creation? That time felt like it belonged to someone else.

But Viridya still felt, still knew the twin stings of anger and frustration as she watched the world below. Now, with the gods gone, perhaps forever, she felt full with the need to act. She felt alive, ready to shed the Skylords’ rules and aid the mortals. This curse had infected her world, the nature she long ago had sworn to protect. She could not remain apart any more, whatever her father might order. Viridya knew she was not the only Skylord to feel this way. Soon the Forge would be used in the manner it was intended.


Viridya had travelled the skies and seen the terrible truth.

The Twilight Curse had spread over all the land. It had crept into the creatures, the plants and was spreading still, even now as the new sun cast its light over scarred lands.

Watching from the distant realm of the Forge, she felt it like a poison within her. The darkness had lasted but a year, how could this tragedy have taken hold in so short a time? Her father was a fool to order the mortals be neglected. It was their legends that gave the Forge its power, their dreams that gave the Skylords their armies. It was time they received something in return. Viridya would not stand by, not with what she knew, what the age-old vines of nature once had whispered to her. To stop this curse and break free of the terrible truth she bore, Viridya knew she had to become more than she was.