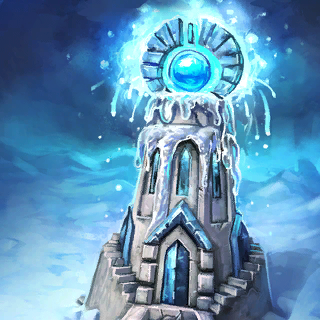 Shrine of Martyrs
220
1 Shrine
Blessing of the Martyr

Building of the Frost faction. This rare card was released with the Twilight Edition and has no affinity variants, nor a promo version.

Support building, does not attack.
Blessing of the Martyr

Passive: Whenever a hostile unit or building is frozen 6 / 7 / 9 / 12% of each friendly player's current void power will be transferred back to their actual power pool.