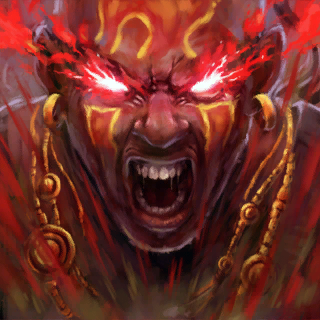 A cheap spell that enables a unit to regenerate health, so long as they are engaged with an enemy.

Ravage has excellent cost-efficiency, being only 50 power to potentially heal almost 1000 HP. But in order to gain this kind of healing, your unit must engage in combat and do so frequently, which puts them in danger of taking more damage and causes this healing to serve more as a buffer rather than full restoration. This healing can turn the tide of a small fight in your favor, but in large battles it is unlikely to survive a barrage of firepower from an enemy force.

Scythe Fiends, though can aid in giving some health to a third era as well. Fourth era units would be better served by

Ravage is neither strengthened nor weakened by the scenario in question, rather its performance is defined by what units you cast it on and when you are using it.

Ravage is best used to support your push to T3, by buffing your own or your allies units.