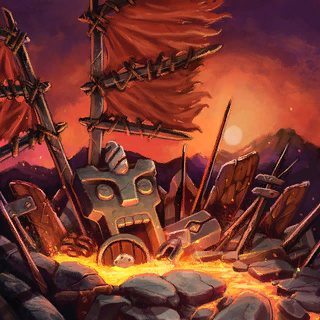 Building of the Fire faction. This uncommon card was released with the Twilight Edition and has no affinity variants, nor a promo version.

Support building, does not attack.
Rally

Passive: Own units summoned within a 25m radius around the banner are not dazed.
Rapid Construction

Passive: Construction time is reduced by 85%.