In Skylords Reborn players can complete daily quests in order to get rewards. This is the secondary form of income of

Battleforge Points, besides Daily Rewards and Achievements. Quests are available to players right from the beginning. There are no activation requirements for new players. 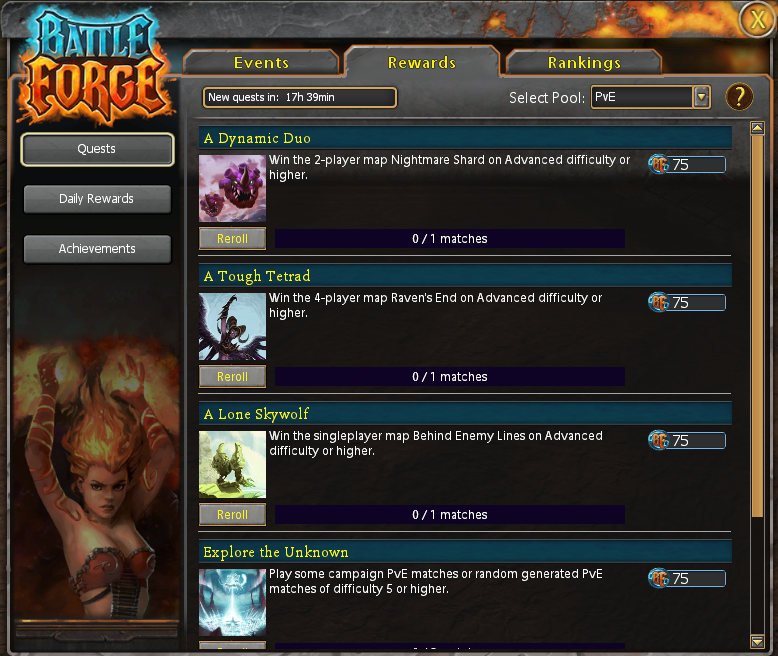 There is a variety of different quests available, each embracing a certain aspect of the game. In total, there are currently 6 quests, all yielding the same reward of 75

More quests will be added in the future.

These are quests that are no longer available: