In Skylords Reborn, a Player versus Environment (abbreviated as PvE) match is where one or more players compete against computer-controlled opponents and complete goals to earn rewards. When one player plays against the computer, it is called single-player, and when multiple players team up, it is known as multiplayer co-op.

All game modes in Skylords Reborn can be experienced as a single player or as a team of players. Available game modes are Campaign PvE, Random PvE (Battlegrounds) and Community Map PvE.

In addition to single-player PvE mode, Skylords Reborn supports two-player, four-player, and twelve-player co-op modes. There are sets of maps (campaigns) that are each dedicated to one of these modes. After completing the introduction, one single-player map, one two-player map, and one four-player map is available. A successful victory on a map typically unlocks one or more maps for that mode. Twelve-player maps are unlocked upon completing higher difficulty levels. It is possible however to complete almost all (the exception being

Empire) two-player or four-player scenarios on your own, but it requires a good amount of skill and strategy!

Randomly generated player versus environment (abbreviated as rPvE) is a special type of PvE match in BattleForge. It may be played by 1, 2, 3 and 4 player(s) who will be put in the same team, while the enemy team is controlled by AI. The map and enemy placements are (semi-)randomly generated before the game. The goal of every rPvE match is to destroy every structure and unit of the enemy. This type of match rewards players with large amounts of gold for winning.

There are ten difficulty levels (1-10 with 1 = very easy and 10 = hard). All 4 factions (Bandits, Stonekin, Lost Souls and Twilight) can be encountered. There will however always only be 1 faction per map. Each difficulty determines factors like the time limit and the rewards in case of victory. rPvE maps are generally build up very linear in that the difficulty of camps is getting higher the further one is apart from the starting point (f.e. you start on the left side - on the very right you always have the hardest camps). This structure results in different tiers/levels in a map - much like a house with multiple floors, the higher you go the harder the camps. The amount of camps and the units within each camp for a tier/level have predetermined ranges and probabilities of appearance for every difficulty resulting in maps that are generally comparable in difficulty. Units and buildings are bound to faction, so you can not encounter stonekin buildings in Lost Souls maps - there are exceptions for Bandits and Stonekin that share parts of their unit pool with each other. You can determine the type of enemies you will encounter in a rPvE map by the texture of the ground; sandy = bandits; infected = twilight; and a dark ground = lost souls, which is generally considered to be the hardest enemy type to encounter.

The difficulty of maps does not rising linearly. There are rather steep rises in difficulty from level 3 to 4, from level 6 to 7 and level 9 to 10. Especially the difference of level 9 to 10 is pretty huge. The preferred level of difficulty for advanced and most veteran players is level 9 as it allows experienced players to play a variety of different decks and strategies with a very good chance to win the map while level 10 generally requires a specifically optimized deck for this sole purpose.

Upon winning rPvE maps you will be awarded with large amounts of gold, depending on the difficulty. Regardless of the mode type ( map of the month, player numbers or solo, etc), upon winning the map each player will be awarded the following amount of gold: 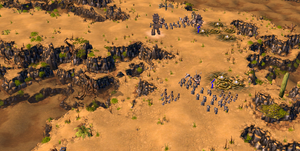 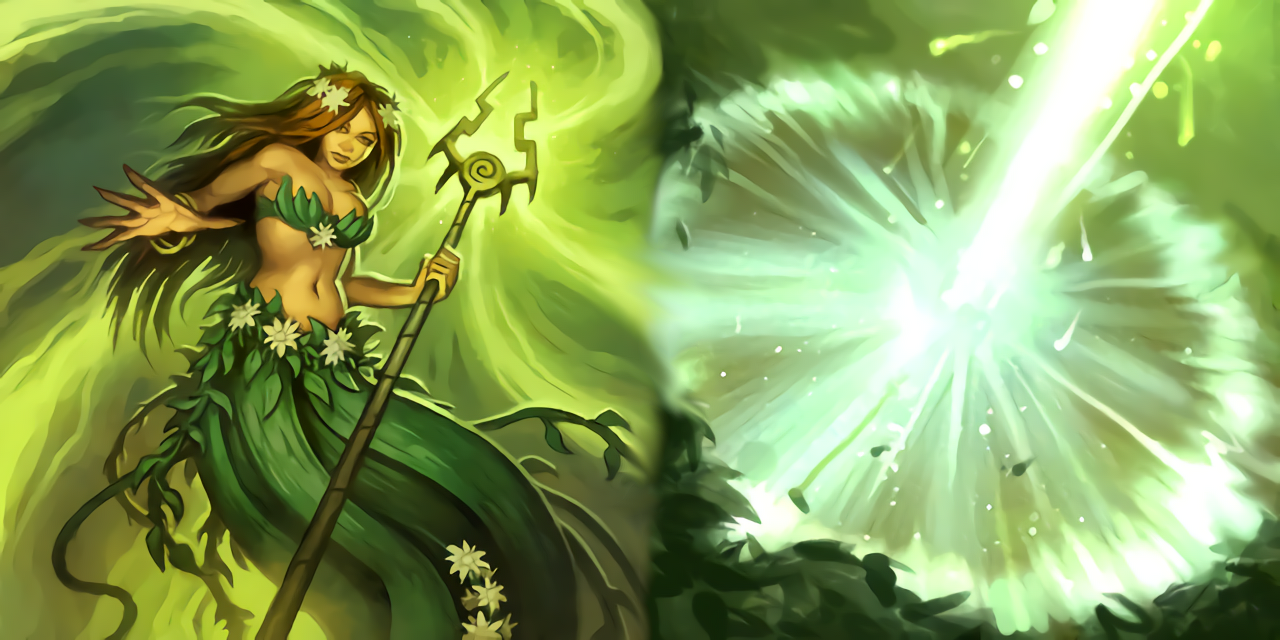 The table below shows you how much experience each rank requires.

Here you can find a list of all of the current official PvE maps and Missions on Skylords Reborn, 1 player, 2 players, 4 players and even 12 players. 1 Player PvE Maps

There are currently no randomly generated 12 player Maps.

Mission goals are activities that players must perform and complete in order to make progress in the match. Failing to achieve certain goals will cause the match to end immediately in failure.

Some goals also have a certain about of time in order to be completed. If a player fails to complete the goal or task given to them they will automatically lose the match.

Speedrun is a mode in which a player or players get the quickest time for completing a PvE or rPvE map on any difficulty (standard, advanced & expert for PvE; 1-10 for rPvE). The player(s) is/are automatically put on a leaderboard based on primarily difficulty and secondary time (so: difficulty > time). At the 1st of each month the leaderboards are reset. For rPvE there will be maps generated that are playable unlimited times throughout that month.

A rPvE Speedrun guide can be found here

Rewards from PvE matches are Card Upgrades, Gold, and Experience Points. Specific gold values for disenchanting card upgrades can be found in the Gold page.

Upon beating a PvE match, Card Upgrades are randomly selected and awarded to the player(s). These cards are chosen from a predefined list (you can check out a certain cards drop rate on the Skylords Reborn's CardBase here) that is based on the map and Difficulty Level. Two upgrades are awarded for single-player maps, and four upgrades are awarded for all other maps (2, 4 and 12 players).

Once the upgrades are awarded to the group, they are divided up among individual members by a predetermined system chosen by the group leader before the game began. The three options for distribution are Random, Need/Greed and Assign.

Random: This system, as the name suggests, distributes upgrades randomly to the players. It is completely random, and very possible for one player to get 2, 3 or even 4 of the upgrades, while other players get none. In multiplayer co-op missions, choosing random distribution is generally frowned upon, as the odds of any single player receiving an upgrade they want becomes very slim. In single-player maps, however, this system is automatically chosen, as the player will always get both upgrades that 'drop'.

Need/Greed: This system is difficult to explain. Bullet points until I or anybody else gets time for this:

Assign: This system involves the group leader choosing who receives what card upgrades. He/she has complete control over how the upgrades are distributed among team members, and can choose to disenchant anyupgrade as well (disenchanting destroys an upgrade and turns it into gold for everyone. It is generally only done when no one has any use for the card). The 'Assign' system is the most commonly used in multiplayer co-op missions, as it allows the players to discuss who wants what upgrades, without relying on the computer to decide. If two players both want an upgrade, and it cannot be resolved through discussion, it is common practice to use '/roll' to determine who should receive the upgrade.

BattleForge maps are playable on one or more difficulty levels: Standard, Advanced, and Expert. For a given map, the map itself, the playing field, remains the same. In some cases, there may be additional challenges and obstacles while goals may be more difficult to achieve. Also, the computer typically behaves more strategically at higher difficulties.

Once a player unlocks a map, all difficulties (standard, advanced and expert) are automatically unlocked for that map. Some maps are only available at the higher difficulty levels, and the Introduction map is only playable at Standard difficulty.