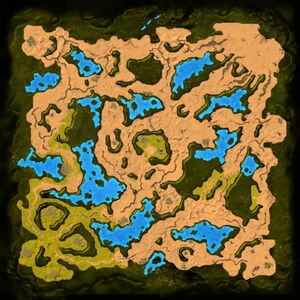 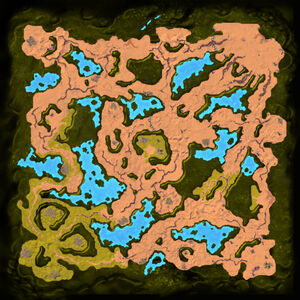 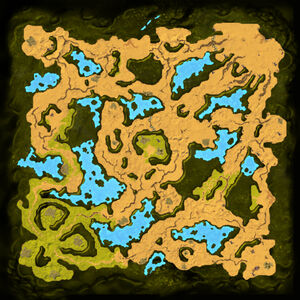 The harbinger is split into aspects of mortal, dragon and bestial souls. Destroy the shrines of the Harbinger, each shrine destroyed keeps an aspect of the Harbinger in another part of Akylos from returning. Beware the wrath of the souls, only the strongest of you should bring it down on them.

Expert
Passage to Darkness is a 12-player PvE scenario that can be played on Standard, Advanced and Expert difficulty. It is part of the campaign story Ascension and Passage.

Defeat all aspects of the Harbinger of the Lost Souls on the border to the land of the dead.


Moon froze as Brannoc’s voice rushed through her spirit. With it came images from the Bleak Shore, from the Harbinger and a terrible truth.

She stared at the walls around her, listened to the ever-present rumble of the Forge, the Wishbringer. A prize? A long forgotten trade, struck with whom?

The Forge had created her just as it had done the gods. That was why dreams never found her, why life had seemed so bereft of purpose. For a dream cannot dream.

Despair washed over Moon, unravelling the fabric of her spirit, thread by thread. But the mortals’ hope that forged her was relentless, she would not cease to exist.

The Skylords were created because the mortals needed their heroes to live on. And so Moon had to continue, it was her duty. She found solace in the knowledge that while she had been made from dreams, she was no puppet.

Using the Forge the Skylords had created themselves a place outside of legend. And as such they would continue.

Moon sent the call, rallying the others. This Harbinger would be unlike any enemy fought before. What she had seen in Brannoc’s vision was not a single entity, but something with many bodies, many faces, a creature formed of the souls in the Wailing Lands. She also knew Akylos to be populated by the Souleater Cult, dark outlaws who preyed on the souls of those who did not manage the journey. This would be the ultimate test, their chance to finally rid the world of the curse. After that, she would tell the others the truth.


With a howl of primal rage, the Harbinger faded. His call was echoed over the wild sea as souls pulled back from Akylos and retreated into The Wailing Lands. Moon could feel the vicious stream of hate that had flowed into the realm of the living being severed.

The world shuddered when the mark of this darkest of times was taken away. Everywhere, the Twilight cursed gazed skywards, howling without knowing why.

Moon shaped her image on a hill north of Akylos and saw the other Skylords nearby. All were eager to witness this moment, the hard-won fruit of their labour. Tomorrow, their real journey would begin.

Regaining the Key of Ashia, taken by the unknown creators of the Forge, was the only way to free the lost souls. They would have to find and possibly battle the very beings who had made the Forge. For that, the Skylords needed the Forge and the mortals needed their Skylords.

As long as they dream, we will be there. As long as they write legends and sing songs, the Aedai would fight. For a dream is made to fight despair and this is what the Skylords would do.

Though Brannoc's death had left them leaderless and Moon could sense difficult days ahead. A time of conflict would show who among the Skylords would be the new Master of the Forge.

This scenario yields a flat gold reward instead of card upgrades for all players based on difficulty of the won match: