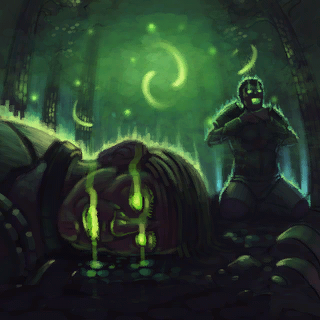 Spell of the Nature faction. This uncommon card was released with the Twilight Edition and has no affinity variants, nor a promo version.

Intoxication
Casts a poisonous cloud that envenoms up to 10 enemy units at once in a 25m radius initially dealing 10 / 10 / 10 / 13 damage every second. But the longer units are exposed to the poison the more damage they will take. The poisonous effect will slowly wear off once they leave the cloud. Lasts for 30 seconds. Reusable every 20 seconds.