The fate and form of this world have always been driven and guided by the powers, the basic elemental forces of life. Everything must bow to their rule and strength as their essence is woven deep into the fibre of every mortal being. Bound to these powers by fate, blood or sorcery, mortals, beasts and many wondrous creatures populate the world of Nyn. They all must face an ancient power as mighty as all the others combined: the power of stone which is the earth with its godlike sons, the Giants.

As slave masters, the giants, led by Jorne (see photo above), the oldest of their kind, ruled Nyn for a millennia. Their cruelties and obsessions haunted the mortal races. Men, elves and even the savage orcs used every moment of respite to dream of better days. They all prayed that mighty beings would descend from the skies and smite the giants, bringing blessed freedom in their wake. One day beings did descend from the heavens to fight the giants. The mortals named them Gods for they could not imagine more benevolent creatures. Though even the might of the Gods was not enough to defeat the giants alone, their struggle kindled a spark of strength within the mortals' souls.

A resistance was formed within the mortal races. They forged titanic Giantsbane Cannons (see photo above) and mighty land ships to fight alongside the Gods. Eventually the giants were defeated and fled underground, hiding in the bowels of their mother the earth.

With the mortal races freed, the Gods returned to the skies. With them they took the most valiant of the mortal warriors. They were to become counsellors and aides to the Gods, their counsellors and guides, symbols for their brotherhood with the mortals. The mortals named them Skylords and held them in reverence. An era of prosperity began, free to shape their own fate, guarded by the Gods and the Skylords, the mortals forged great kingdoms and cities.

But one day the Gods vanished and the sun began to dim. A vile Twilight crept over Nyn. As the Skylords watched in dismay, their mortal brethren fled under the surface to hide from the cold, searching for warmth. There they struck a trade with the giants who still lived beneath the earth’s skin: all the mortals' treasure in exchange for a new sun, forged by the giants using earthen magic. But one greedy mortal king betrayed the others and stole the unimaginable treasure that was the sun's payment just as the Giant King Jorne hurled it into the sky. Furious, Jorne ordered his giants to hunt the mortals, driving them back to the surface and into the wan light of the new sun.

But the mortals not only face the wrath of the giants. The year of Twilight that had passed while they were hiding underground had changed the world into a twisted place and its creatures and buildings into vile abominations (see photo above). And while the mortals set out to reclaim their world, the Skylords realized they must help shape this new age.

Skylords are immortal beings that are the soldiers and aides of the Gods. They live amongst the Gods in the Forge of Creation, a magical city floating in the sky.

After the Giants were defeated and driven underground, the mortals who had fought in the resistance and had done great deeds in the final battles alongside the gods were rewarded. The gods raised them, calling them up to the Forge of Creation to be soldiers and aides, immortal and incorporeal. These beings were called the Lords of the Sky, or the Aeda in the old Amii language.

They learned to use the power of the Forge to summon legendary creatures and reshape wonders and catastrophes from the world's past. This is their power and at the same time their limit, as they can recreate mortal dreams but never their own wishes. That is one ability they have lost: they are not able to create themselves, not able to dream anymore. Powerful they may be. But they are also locked in a dreamless state of incorporeal immortality.

Soldiers of the Gods they were called, but they were never put to use, never sent into battle. They just waited, for a thousand years, waited for the moment of their destiny to come. Meanwhile the gods remained passive and silent, they watched from the high realm of the Forge as the mortals prospered and squabbled.

The Skylords had one limit - that they could only recreate that which the mortals had dreamt about. This came from their very nature, that they were dreams themselves. After the Forge had given them and the powerful Gods a victory over the giants, stories circulated of mortals that had done heroic deeds in the great battles. Meanwhile those mortals perished sooner or later, their stories lived on as immortal heroes that fought by the side of the Gods. As such, they were, like the Gods before them, created by the Forge.

The Skylords are torn and twisted by the powerful emotions that the legends have infused into them. And as they were created from dreams, they remained unable to dream themselves. 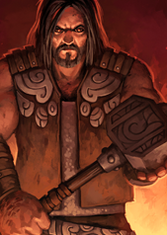 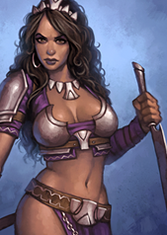 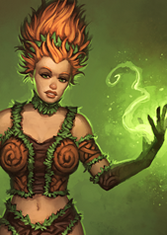 The Forge of Creation

The Forge of Creation is said to be the home of the Gods, a magnificent city floating amongst the clouds. It is a place beyond comprehension where powerful streams of elemental magic flow through strange machinery and Gods walk vast halls.

After their victory against the giants, the Gods chose the greatest mortal heroes to become immortal soldiers to stand by their side within the Forge. These heroes became known as Skylords. They discovered the Forge had the ability to create almost anything, from magical wonders to creatures and even monumental structures. But the Forge was bound by two rules.

Whatever mortal legend is known to a Skylord can be recreated by the Forge. Mythical creatures or legendary spells can all become weapons for Skylords. But for over a thousand years they were never used. When the Harbinger of the Lost Souls was defeated in Akylos, it was revealed that the Forge hadn't been created by the Gods - it had been drifting in the skies for generations even before Gods appeared. It had been built with Primal Ore, yet no legends exist about the Amii ever building such a fortress. The Harbinger referred to the Forge as the "Wishbringer", an artefact created to fulfill the dreams of the living. It was traded for the Key of Ashia, that key which unlocks the gate to the Peaceful Lands. So the Forge was traded for the key to paradise: but which parties struck that deal still remains unknown.