Lajesh is a 1v1 PvP map that is unlocked by default. There is an official spectator version available.

Lajesh is a map where the side positions play a very important role, and the central location is not very advantageous. The closeness of powerwells and monuments to each player's starting position allows for quick T2's and T3's. Walls around the map can be used offensively or defensively to great strategic effect, such as denying freedom of movement.

Note that the top right and the bottom left power well and monument clusters cannot be fully walled off, as there is a backdoor path without walls along the edge of the map. The bottom right and top left clusters can be walled off completely. 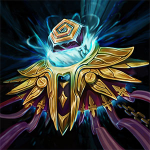 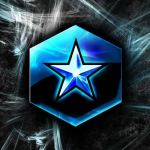