Jorne can refer to the playable card and to the story character. 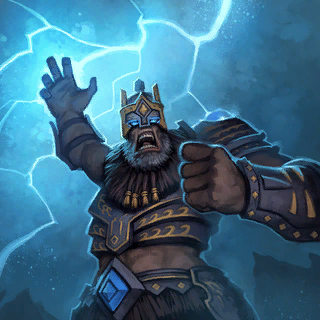 Unit of no faction. This rare card was released with the Lost Souls Edition and has no affinity variants, nor a promo version.

The oldest son of the earth and king of the giants.
Wrecking Hammer
Power Cost: 100 Energy

Passive: Jorne is surrounded by an air of invulnerability and shelter that benefits his fellow leaders. Every other Legendary unit within a 30m radius takes 50% less damage.