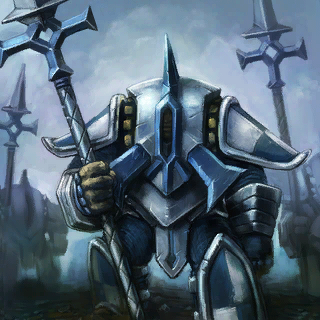 Imperials offer an unparalleled ability to tank damage in T1, but come with an expensive price.

Although they are expensive to summon, Imperials are a powerful asset in the Frost arsenal. Their life points are the highest of any T1 S squad, and this should not be forgotten as they can tank a large amount of damage.

Imperials are also effective at killing Medium creatures, however they are most powerful when defending; where their resilience can pair with their spears.

Imperials are solid in PvE. Their sufficient stats paired with their abilities make them a great all-rounder for early Frost gameplay.

On maps where defending is a key aspect, Imperials truly shine as they are not required to move very much; making them a strong wall of spears on the battlefield. However, they do not lose much effectiveness in offensive situations either.

Maps with alot of archers or flying creatures can prove troublesome for the Imperials, as they lack methods to properly engage them short of going defensive.

Northguards; are a standard and reliable choice for rPvE in the lower levels. They are potent and can clear early camps when supported by

Master Archers and other Frost units.

However, they lose their effectiveness quickly as the camps become more difficult, and do not see significant gameplay beyond the first few camps. And are not used at all in rPvE 10.

Imperials are not a common sight in PvP.

Defensive Stance is active, Imperials have the equivalent of over 1300 HP at U3, making them the most resilient unit in the early game by far.

Thanks to their abilities, the Imperials are a solid wall that can be difficult to push through. Cards like

Swiftclaw will be shredded if they charge into them.

As a melee unit, the Imperials are incredibly vulnerable to CC, and can be weakened by ranged weapons before they get in range.

Costing 70 power, Imperials are among the most expensive T1 units.

Due to the immense slowness induced by this ability, Imperials can very easily be kited by ranged units.