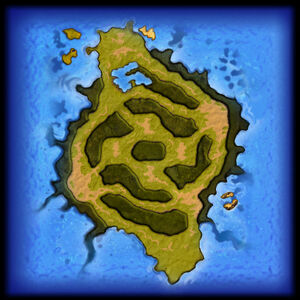 Available
Haladur is a 1v1 PvP map that is unlocked by default. There is an official spectator version available.

Haladur is a large map without any walls and features four central locations with 2 power wells and a monument at each position. There are no cliffs for long-range units or buildings to exploit, but the cliffs in the middle of the map are advantageous to flying units, as it allows them to attack and retreat easily.

Flying units can be used to great effect over the cliffs in the center, as they can avoid spells such as 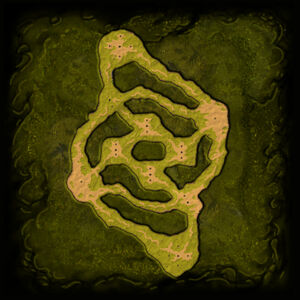