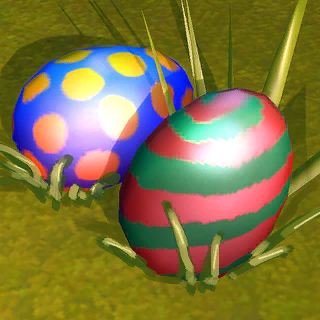 Unit of no faction. This common card was released with the Lost Souls Edition and has no affinity variants, but a promo version.

Passive: After 30 seconds, the egg will break and spread happiness among all units in a 20m radius around it. Affected units will deal 1% more damage for 10 seconds.