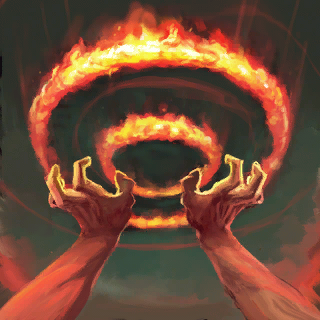 Spell of the Fire faction. This ultra rare card was released with the Renegade Edition and has 2 affinity variants,

Godspell: Immediately removes all buffs from a hostile or all debuffs from a friendly unit. Will also revert all status effects like Freeze or Paralyze when cast on a friendly unit. Hostile units will be insensitive to all major buffs for 10 / 12 / 15 / 15 seconds. Reusable every 20 seconds.