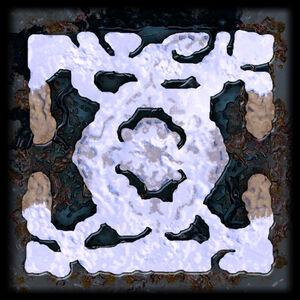 The Skylords are gathering the mortals in the city Hope. The Twilight has picked up their scent and is closing in on all sides. Defend the town and the two soulstones, powerful and important relics.

Expert
Defending Hope is a 1-player PvE scenario that can be played on Standard, Advanced and Expert difficulty. It is part of the campaign story The Curse.

Defend the city Hope against a massive Twilight attack.


Viridya watched them stream into the city. A trail of humans, winterling elves, even some kobolds, the mortal peoples of the north. All had found their way here, shepherded by the Skylords. The cursed ones would not be far behind, it was just a matter of getting enough of them here to make her plan work.

Viridya found her thoughts returning to the mortal, Rogan Kayle. His group was still missing. She would need to guide him and already knew which of the Skylords she would ask to stay behind and mount the first part of the defense. Not all had the resolve to defy Brannoc’s orders and not all would be able to act swiftly enough to make her plan work. Viridya would have prayed, were there any gods left to hear her.


Viridya trembled with both triumph and frustration. The trap had worked, but as the soulstones’ light subsided she saw how little had been achieved.

Something far more potent was needed if the curse was to be wiped from the land. With Brannoc absent searching for the gods and the Skylords divided, she felt doubt slide like a cold breeze through her heart. It was up to her. For a moment she considered telling the others the truth, but this would simply complicate matters. Viridya knew she needed to become more in order to finally be herself. And now she knew how.