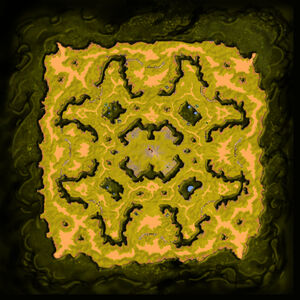 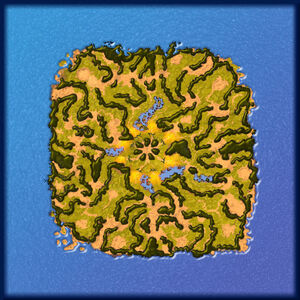 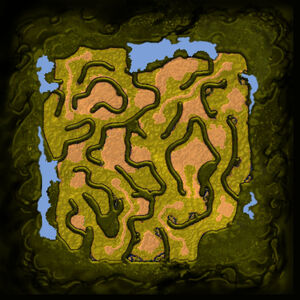 Viridya's spirit is infecting nature with its rage. Keep her Avengers from leaving the Sanctum. Protect Jorne and defeat Viridya's minions in the Corrupted Forest. When Viridya has spent enough of her power, her inner demons will appear and can be defeated.

Expert
Ascension is a 12-player PvE scenario that can be played on Standard, Advanced and Expert difficulty. It is part of the campaign story Ascension and Passage.

Viridya's spirit is driving nature itself insane. Fight a nature goddess and protect the King of the Giants.


Virirdya screamed silently as her spirit raced along the vines the pain of her dying body spurring her on. Deep below the soil, she felt her spirit spread, dissipate, ready to merge with the world magic, to return to the power of Nature. Not yet!

With a flash of fury, she pulled back, forced her thoughts into one single entity that raced upwards like a drowning swimmer making for the surface. There was a place, connected with Nature, where strong strands of the old roots emerged. There she sped upwards towards the sky, her spirit burst from the earth in a flash of light. There was still so much to be done.

Jorne knelt silently before Umgandr’s grave. His former lieutenant had once sided with the mortals. Now he was long dead, slain by his own King’s hand. This very hand now rested on the mountainside that was his brother’s grave. Had Umgandr seen deeper into the truth of things?

Jorne was still kneeling when the earth beneath him exploded and dark vines swirled around him. He recognized the wall of green that encircled him; the army of men, beast and tree, their faces all contorted by a hateful stare he knew too well.


It had all passed before her, Meanen’s death at the hand of the giants, the hate for Moon, the pain when Giantsbane weapons tore apart the land and her father’s contorted face over the raging forges. She remembered the day she found the grave of the girl. It was the day she realized who she could never be. As the rage that had burned for generations faded, all that was left was the single realization that mortals had created her to bring hope. Not to wage war but to give them something to dream about.

She rose, sending warm light onto the tainted land as repayment for the fear she had spread. When the continents stretched far beneath her and she saw how far the taint had spread, she arched down, falling towards grey waters, down into the foaming waves, making the sea boil.

And where Viridya fell there rose an island, a mass of land still raw but shining with her light. A foaming mass of water rushed from the shaping mountains and rose in mighty columns of steam.

By high cliffs it was guarded and once the oceans calmed, sailors often tried to gain a glimpse at this new land. But behind the tall cliffs they could only see faint mists and hear strange sounds. The secrets of Viridya were to remain unexplored for a long time.

This scenario yields a flat gold reward instead of card upgrades for all players based on difficulty of the won match: