Amii are one of the nine playable Factions in BattleForge. They're represented by the colour combination of purple and green; all Amii cards have a purple and green border.

Amii cards are cards in BattleForge that can switch their weapon type. They focus mainly on swapping from melee attacks to ranged attacks, which allows them to fight up close or away from others. However, there is currently only one Amii card in BattleForge.

"Five thousand years before the Twilight fell, as the elemental war subsided and the giants took domination, fathering the Skanes - the Amii came. They were elemental spirits that had lost their form, casualities of the elemental war. From the darkness that the war had left behind, they shaped themselves bodies, jet-black, tall and slender, in the image of the surviving mortals. They were wild and powerful, their language an endless, firece, joyful song reflecting their urge to break the oppresor's rule.

Their crusade agains the Skanes was victorious but when the giants came to aid their offspring, the Amii were utterly defeated. Only a few of them escaped slavery, later to be know as the "Singers" the ones that retained their true language. But their numbers where small and they were never able to free the "Whisperers", those Amii who fell into slavery, forbidden to sing and forced to speak only in whispers. The Whisperers were ordered to build their own prisons. These prisons can still be found throught all the lands, their massive walls sometimes sunken into the Earth, windowless and strong, still enduring after five thousand years.

Along them, the Whisperers secretly built weird structures at the same time, neither the Skanes or the giants could understand them. Only much later was it clear that the Whisperers had build them over elemental power, in preperation for their escape.

One day, they called upon several elemental forces, gathering magical power, in one combined ritual. They wove shrouds over the the sacred locations, forever protecting them from the giants grasp and finally - they disappeared.

Only their structures remain intact after all this time, still humming with elemental power. The substance in which the Amii had built them, the Pirmal Ore is one of the most fabled and valuable materials known. The mortals have long lost the secrets of working it, but it is of great use to the Skylords, for the Forge and all its elements contain it. The Primal Ore is pure world-magic, condensed into a hardened form. It is not just a metal, but the solid existance of the worldm alive not only with the hum of magic but also the pulsing of primal life itself." 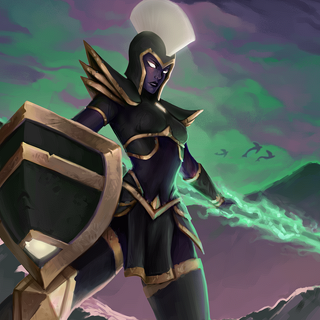 540
Retrieved from "https://skylords-reborn.fandom.com/wiki/Amii?oldid=16103"
Community content is available under CC-BY-SA unless otherwise noted.